From manufacturing to assembly to production, robotics plays an integral part. Be it the automotive industry, marine, food production, aerospace and defence, more so now that the use of artificial intelligence is on a rise. The setting up and coding of these robots is quite essential. We at Intratech can assist with this. We have a team of engineers who are not only certified by Dassault Systems but have industry experience in these fields. 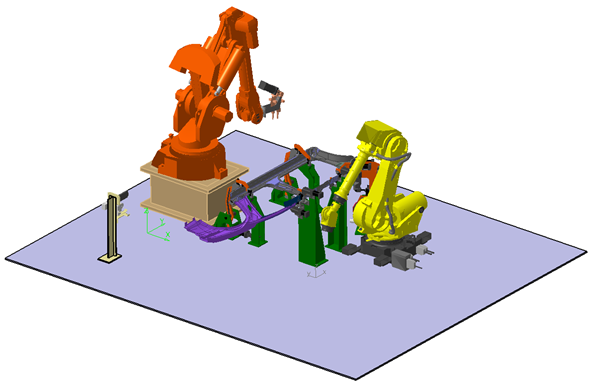 With the use of DELMIA V5 and 3DExperience (Dassault Systemes Software), we can set a layout of the plant, such as the robot, machines, manikins, conveyors and workpiece, program the robot,  run a simulation of the factory flow and generate a NC output for the robot.

DELMIA V5 and 3DExperience both have a robot library which consists of a number of standard robots manufactured by ABB, MITSUBISHI, FANUC, KUKA, DAIHEN, KAWASAKI and more.

Kindly contact us at Intratech to enquire more about our Robotics System Design services. Our engineers will contact you shortly after to arrange for a design meeting.

Intratech currently serves over 100 clients in South Africa, Kenya, Ghana and Mauritius, across a wide variety of Industry sectors and Engineering disciplines.